If I invest my time in the party I am sure I will also be a person responsible in bringing back smile on millions of people of this state. Hope God helps us achieving this task.

Many people have been compairing jagan anna with robert vadra be it in gossip sites or tv debates. They all have to remember 4 things:

1. Jagan was also a private individual and a successful businessman doing his own thing in Bangalore before 2009. The time line of which the investigation is ordered is 2004 -2009.

2. Jagan’s companies are not sham companies. Bharathi cements is known for the best quality cement in the country and is aquired by a french cement giant Vicat(more than 100 year old company) for more price per share than what Jagan charged his investors. Jagati publishes sakshi which is ranked 8th in the country and is increasing its readers base quarter after quarter.

3. The shares that Jagan sold to his investors is equity dilution. What it means is that the share holder is at his liberty to sell the shares to whom ever he wants to and whenever he wants and at the market price. The market price of the share is more than what it was when was initially sold. There are many other share holders in jagati(who had nothing to do with Govt orders) who bought jagati shares at the same Rs.350/share like the few so called benefited industrialists.

4. The assets are not built on Jagan’s name alone. The share holders are also part of it.

I agree with many of our followers view that we should be really careful in dealing with lady issue … I was told the entire program wrong number was a serious one but for the promo… sakshi should have avoided it. The onus should be on sakshi editor to vet every out put properly..

But coming to that lady… it is not the question whether it is Chandrabala or Chandrababu… gender is not the question here. It could have been Chandrababu as well who knows. And ysrcp if you clearly observe never they mentioned they see some sleezy in the linkup… I am sure they would have been unaware of the gender as well. But density of calls and sms was what raised the flag. What the party has gathered is just circumstantial evidences. Nothing more than that. When our leader is jailed without any such proof. Then what should we do with CBI JD VV Lakshminarayana tell me.

Coming to the bhasahan that andhra jyothy Radha Krishna is saying, if you look back cpl of months back in the case of vijayawada commissioner where there was exchange of sms between a lady and the commissioner it was andhra jyothy which leaked the calls and sms details which they acquired illegaly when it was not pertaining to anyones interest here nor of the state in anyway.. But that day Radha Krishna was so shameless in making the details public.. and dragging that lady on to the road. And in this case as well.. it was not ysrcp which brought that lady on to limelight. It was RK of AJ which deliberately brought that lady out to studio to clear his name rather than that lady’s.

Here the main point is how a section of media is diverting the entire issue to suit their agenda… but trust me all this trouble will be their own creation. Contrary to other channels which are reporting this is just call data registry that is obtioned by the party. Some channels have been saying that we have tampered the phones or tapping the phones or spying on the phones. Theres nothing like that here. A channel which cannot differentiate between call-tapping/call tampering to obtaining call data registry, tell what we can say about them. We will come out clean in this entire episode don’t worry.

When we argue in the forums please keep these points in mind and argue with your opponents. 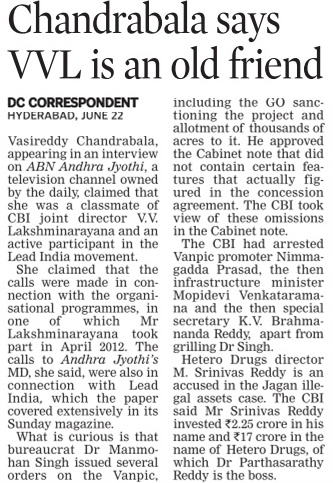 A force known as Jagan.
Blog at WordPress.com.